EDMONTONIANS DESERVE THE CHANGE THEY HAVE BEEN PROMISED.
ELECT JUSTIN THOMAS AS YOUR MAYOR

Justin Thomas was born and raised in a Christian middle class farming family in India. He earned his education in nursing, and worked as a Registered Nurse for several years serving his community. While continuing his career as a nurse, Justin felt that he wanted to take on new challenges and find other ways to serve communities to make a greater positive impact in people's lives. This realization made him to take a crucial decision of moving out of his country to explore the possibilities Canada had to offer.

After migrating to Canada, Justin found his true calling and joined the local law enforcement agency to serve the community he now calls home. During his time in law enforcement, Justin has had the opportunity to hear from many Edmontonians about their values, perspectives and concerns, and their wishes for the future of Edmonton. What he has heard has resonated with him and he believes he can serve his community in a more meaningful and effective way. He is now reaching out to the people in his community for their support and a shared opportunity to make Edmonton a better place where the residents are valued and appreciated. 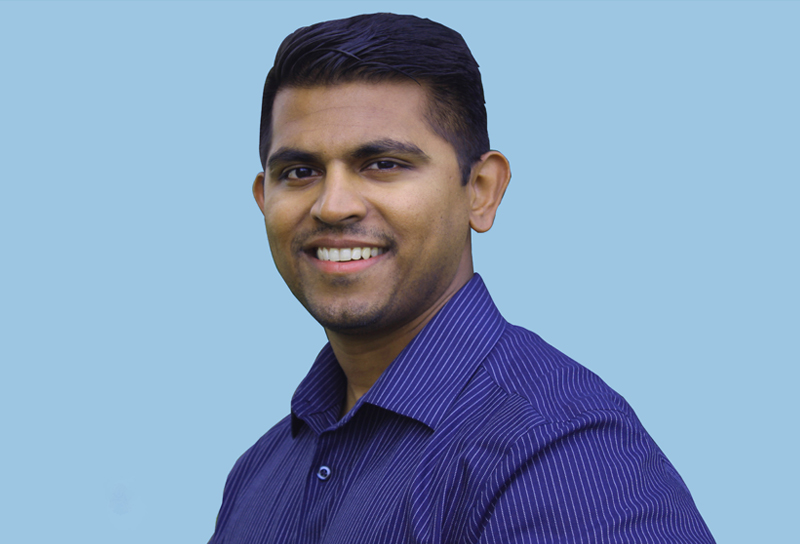 Be the voice of all Edmontonians for a change in the right direction.

The platform i stand behind

Together we can make Edmonton a place where its hardworking population is appreciated and valued. Under my leadership the city will treat its citizens as assets, not debit accounts, and work towards making their lives better.

The following are my promises to you:

The average working adult in Edmonton deserves more. As mayor I will ensure the City develops programs aimed to encourage working adults to move to Edmonton, set up businesses and raise their families in the city. After consulting with young professionals, the City will identify what can be done to help make them successful. For the business minded young professional with a proven track record, a low interest loan will be given by the City when applicable.

The City will immediately identify the most vulnerable seniors living in our communities, and they will be given tax benefits including a reduction of their property tax. Seniors without a vehicle will be given a free ETS bus pass to increase their mobility. Our elders built this city. I personally believe it is the duty of a culture to look after its elders and ensure that they have the resources necessary to live a dignified life.

As mayor I will do everything in my power to make veterans feel our gratitude and respect in our city. Therefore, I will see that preference is given for qualified veterans when the City is hiring new employees. The City will also provide veterans free admission to City-owned recreational facilities.

A) The City will provide discounted transit passes for families with children making minimum wages and low income.

Edmonton has a growing crime rate that needs to be tackled. More funding should be allocated to police to serve the ever growing city efficiently and effectively. As your mayor I will work closely with the municipal police force to develop strategies to bring down the crime rate. In the current scenario many government agencies use police assistance for matters that are not policing related, and the heavy work load puts unnecessary pressure on front line police officers. If I am elected mayor I will expand the number of peace officers within the city to deal with non-criminal matters. More peace officers will allow police to focus on crime reduction and help ensure our communities are safe.

A) PHOTO RADAR- Many people complain that the City is using the photo radar as a revenue source. The City suggests that the use of Photo Radar is to increase traffic safety, but the critics state that "it is a cash cow", and a large portion of the public agrees. I personally believe that photo radars should only be used in school zones however; to hear public opinion on this matter I will call a referendum if I am elected mayor.

B) BICYCLE LANES- I will call for a referendum to determine whether the City of Edmonton needs dedicated bicycle lanes on roadways. The existing bicycle lanes that require maintenance in the trails will be repaired immediately.

D) SANCTUARY CITY POLICY- Opinion of Edmontonians should be taken into account while considering to declare the City of Edmonton as a sanctuary city. Ultimately the City is planning to spend the tax payer money on supporting undocumented immigrants, and deciding on this matter without consulting with Edmontonians is unacceptable.

2.2) ELIMINATE PARKING FEES AROUND HOSPITALS IN THE CITY, AND MAKE PARKING AFFORDABLE IN THE DOWNTOWN AREA

A) I believe people visiting hospitals are unfairly charged parking fees. Although the City has no influence over hospital property or how they handle parking services, it can regulate parking in the surrounding areas. If elected mayor I will allow people to park on the streets adjacent to hospitals without any fear of bylaw enforcement.

B) Under my leadership the City will discontinue leasing out parking spaces to private companies in order to make parking affordable for everyone that works, lives and visits downtown. I will also reinstate free downtown parking after 6:00 pm.

A) Presently there is an imbalance in the levels of service different areas of the city receive with regards to public transportation. For example, while other areas of the city have the option of using the LRT, the heavily populated west end has no such access. After consulting with the City council, I will ask the ETS administration to run frequent limited stop/express buses at rush hour from areas that do not have access to LRT to get people into LRT stations and Downtown quickly and efficiently.

A) The City of Edmonton needs to become more efficient regarding its fixing and construction activities. As a condition of contract, construction companies will be directed to do minor road maintenance at night time to avoid traffic.

B) Major repairs should take no longer than thirty days. Allowing roads to be blocked for months when work needs to be done in a timely manner is unacceptable and discourages travel within the city and from visitors.

C) The roads that leads to the new residential areas are choke points for traffic. The City will spend money on proactive construction and the construction will be finished in a timely manner.

D) Consult with CN and CP rail to identify the possibility of limiting freight trains passing through the city at rush hour to prevent traffic.

E) Currently the City is very slow in removing snow in winter. In certain parts of the city it takes up to 72 hours to clear the road and sand the streets. Under my leadership the City will see new ideas being implemented for faster snow removal from major roadways and residential areas.

A) It is unacceptable for the property tax to go up every year when an average individual's income has stagnated, and the economy is struggling. I would put a cap on property tax increases to make owning a property affordable.

A) Aside from elections, tax payers like you and me have no say in how the City spends our hard earned money. I would conduct a referendum whenever the city plans to spend over $250 Million on a single project. Tax money should be spent where people think it is necessary not where the City feels it should be spent.

B) As a mayor who is willing to lead by example, I am willing to take a 20 percent cut from my pay cheque so that money can be utilized for the benefit of Edmontonians.

C) Consult with front line city employees to identify how the City can save money and prevent wastage.

A) To ensure the economic prosperity of Edmonton, I will work on programs designed to give tax breaks to companies that are willing to move into Edmonton.

B) Ease up on licencing regulation/ requirement and fees to make Edmonton an attractive place for businesses.

C) Give subsidies and tax breaks to family owned businesses and small businesses.

Do you wish to be a part of the campaign that aims to make our city great ?

Every great campaign needs greater support. Become a contributor of my campaign for the change. Donate today

Please fill the form below. I will contact you as soon as possible.